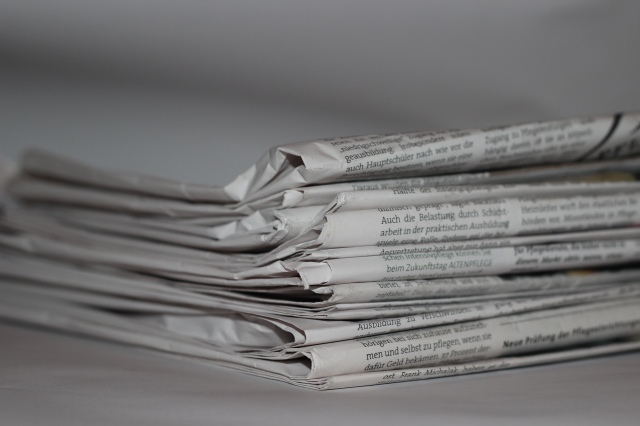 This is the first news blog that I am doing. I hope you will enjoy it and engage in the conversation.

Another shooting… When I go out now, I try not to think of the fact that I might not come back home. When I hear people say, “You can’t be afraid; just go on with your life,” I wonder where those people go. Do you notice this is mostly happening in those Midwest states? Give those young people something to do, please. I like to go out and not have a lingering thought in my mind that something bad can happen. What does that say about our country, that we can’t go to a festival without looking at every person you pass to see if they look suspicious? When you go out you have to play the part of the police.

Racism: What kind of country is this when a President can use that word? I guess the kind that puts a person like that in office. Doesn’t say much for our country, does it?

Overseas: When will young people learn that you cannot go to other countries and do what you do in this country? It’s sad, but it’s a fact. Other countries don’t play. Here’s a true story. I was stationed in Wildflecken, Germany, in the early eighties, and something happened in my apartment. I was living downstairs from a meat store. There was a knock on my door one day, and the German police came in, about four of them, with weapons that looked like M16s. They came in, looked around, and left. I surmised that an argument must have gotten very loud and so the landlord had called the police.
What I’m saying is, if you go to another country, you have to respect that country’s laws. You can’t commit a crime and then start to talk about your rights. Hell, you have no rights in that country, so get smarter and do the right thing.

Sports: I felt bad for Jeremy Lin after reading that no NBA team so far was interested in his contribution. This is a reminder of how you can be on top and then so easily fall by the wayside. My opinion is that these young people going into sports are sometimes not equipped for all the money and perks, but also, they haven’t learned that the world isn’t their playground. The hype can be overwhelming and can give them a false sense of entitlement, and they are lost when the hype is over. Can you imagine sitting by the telephone waiting for a call that never happens?

Entertainment: There’s a female rapper dating (engaged) to a bad boy. My opinion: you love whom you love regardless of their past. Go for it, Gurl. I’m not hating on you. Matter of fact, invite me to the wedding.

1. I want to go back to the testimony that was given last week by Mueller. Did the Democrats really think that they were going to get more information from him? I truly hope not, because it was quite obvious that nothing was going to be forthcoming. There was no smoking gun, so why would you proceed with the thought of impeachment? I’m beginning to think the Democrats don’t have a clue. It’s like a kid looking for Easter eggs. They hunt and hunt, but no egg. By the time they finish trying a to find an egg, the man in the White House will have finished his first term. I really feel that they need to stop wasting so much time Easter egg hunting and try to find a candidate that can beat 45.

There are too many Democratic candidates for President. I mean can they all be qualified, or do you need qualifications anymore?

We have tried a two-party system, and I think it is time to try one party decided by popular vote. Why? Because what we have now is becoming more and more a disaster, and another reason is that we haven’t tried it here. Don’t knock what hasn’t be tried.

2. If you were caught up in the Equifax breach, here’s a link to see if you qualify for free credit monitoring or $125.00.
https://www.equifaxbreachsettlement.com/

That’s it, until tomorrow, with my opinion. Let me hear from you. Give me your take.

Published by Retirement and Dogs

Retired with dogs is not at all what you would expect. I retired from DoD about 18 months ago. My spouse and I married a year ago and just had our first anniversary. We have two dogs that have honk they are not dogs but rulers of us. Read my blogs to see why I sometimes wish I was still working. View more posts